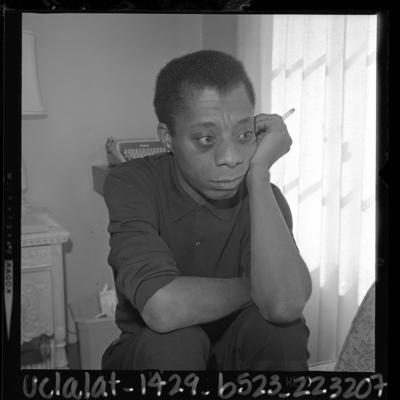 Yesterday would have been James Baldwin's 96th birthday. During this current moment of the United States of America reckoning with its anti-Blackness, racism, and systematic inequality, many have turned to Baldwin's work to remind us that this current climate isn't an aberration. A new book by Eddie S. Glaude Jr., Begin Again, presents many of Baldwin's lessons to guide us in the present day.

One one of those lessons was, "Urban renewal meant negro renewal." This line of thinking has been updated to account for gentrification.

Dr. Destiny Thomas wrote a powerful opinion piece last week, "Urbanism is Complicit in Infra-Structural Racism — And Reparations Have a Place in the Built Environment" that frames the role of urbanism in systematic racism, the need for reparations for Black communities, and how infrastructure can be radically changed to provide those reparations. Dr. Thomas writes,

The institutions of urbanism — all of which are complicit in the ongoing deaths and suffering of people like Breonna Taylor — need to lead the way and set the stage for this to happen.

When we speak about “reparations,” we situate the legacy of slavery in the recent past. We tend to suggest present-day trauma can be resolved by one-time interventions and blanket legislation. But what happened to Breonna Taylor — a government-sanctioned execution enacted as she slept — is evidence of widespread racist ideology that will continue to live in the hearts and minds of people in power and who maintain access to our communities long after policies shift and our cities make their first gestures of atonement.

Urbanism is complicit in infra-structural racism, so ongoing reparations must be made in the built environment as well. While the case is still being made for individual and economic reparations, and there is work we can begin to do today to end the structural racism that killed our dear sister, Breonna.

This weekend I was reminded of a very clear example how engineers design racist infrastructure - Robert Moses' Southern State Parkway on Long Island. As the linked CityLab article describes, the bridges crossing the parkway were designed to ensure access only to those with private automobiles - not public buses.

As leisure and recreation infrastructure—park before way—commercial traffic was excluded on all the early American parkways. This meant not only trucks, but buses. Banning big, noisy commercial vehicles was essential to the aesthetics of the parkway, and had nothing to do with racial discrimination. There would have been no need to use the bridges on the Southern State as barricades of a sort; buses were not allowed on this or any other state parkway in the first place.

But Moses was no fool. “Legislation can always be changed,” Shapiro told Caro; “It’s very hard to tear down a bridge once it’s up.” So did Moses use cement and stone to effectively backstop the vehicular exclusion policy, insuring that the Southern State could never be used to schlep busloads of poor folk to Jones Beach?

This is but one example of Moses' purposeful racism in his work, of which his legacy has so many others as the architect of urban renewal. The effects of this design and engineering have impacted transportation and communities across the nation. This 2013 article, "Race, Space, and Struggles for Mobility: Transportation Impacts on African Americans in Oakland and the East Bay", by Aaron Golub, Richard A. Marcantonio & Thomas W. Sanchez inUrban Geography looks more at the issue in the East Bay.